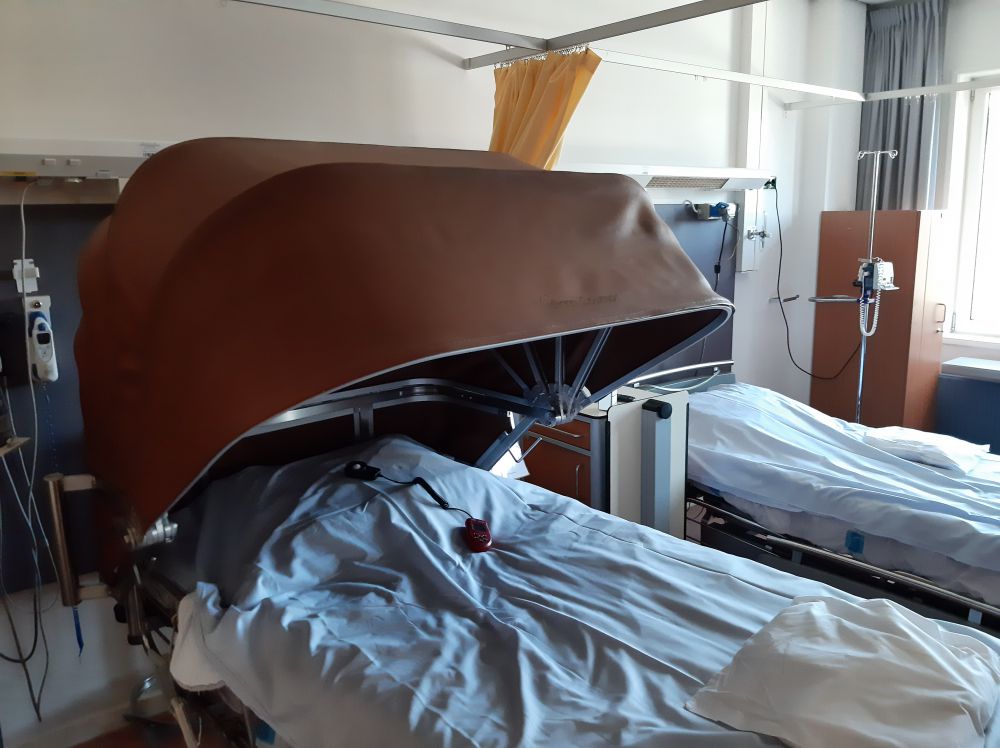 The purpose of the user test was to get the first practical experience and feedback with the prototype. Never before has such a dome been used in healthcare, so the experiences of patients, but also nurses are very important for the further development of the prototype. In the oncology department of the Radboudumc, 7 patients used the first prototype of the dome for 3 or 4 days and nights. After use, a questionnaire was completed by patients with multiple choice questions about the effects of hood, such as sleep, privacy and nuisance from light and noise. In addition, 6 nurses completed a questionnaire. This mainly concerned the use of the prototype during the installations and daily work. We also performed sound and light measurements.

The obtained results were very positive. Patients experienced less stimuli from light and sound. Some patients reported improved sleep quality. Nurses were also positive about the dome, since it was no obstruction during their work. Sound measurements were performed, and sound pressure over a 24-hour period was reduces by an average of 2.2 dB(A). Most importantly, sound peaks above 50 dB(A) were reduced by more than 40%. Light measurements showed that ligth is greatly reduces below 30 lux, more than with the use of curtains.

The feedback obtained is included in the follow-up design of the Micro-Cosmos hood. After the summer, the new model will be put into use in various dutch hospitals, such as the Radboudumc, St. Antonius, Isala, Reinier de Graaf and the CWZ.